Communicable diseases are known to the world since the time of hunter-gatherers days. But what we don’t know is that infectious diseases like malaria, leprosy, tuberculosis, cholera, etc. escalated during the agrarian time, some 10,000 years ago. This time created major communities that made epidemics more feasible. 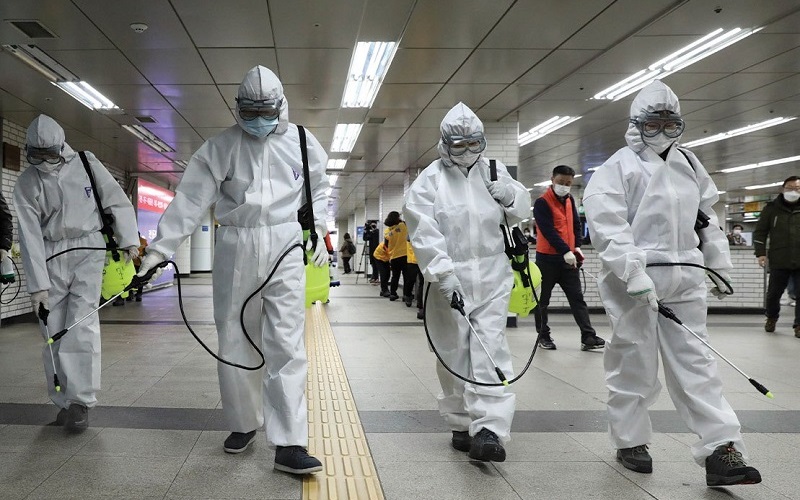 For those who are wondering what agrarian life/society/community is…..It is basically a society whose economy depends upon producing crops and maintaining farmlands.

In addition, back in the days, these epidemics became pandemics when the communities became more and more civilised and started to wander between nations for trading purposes. This made the spread even worse.

Did you know the actual meaning of a pandemic? When an epidemic extends the country’s borders and becomes international, that is when the infection/disease becomes a pandemic. And today, we are going to look at the timeline of some of the unforgettable pandemics that, in extreme human populations, changed our history.

The first-ever pandemic recorded was during the time of the Peloponnesian War. This pandemic passed through the countries of Libya, Ethiopia and Egypt and spread quickly in Athens. It crossed the Athenian walls while the Spartans prepared the attack and killed almost two-thirds of the Athens population.

The major symptoms of this disease include thirst, fever, bloody throat and tongue, red skin, and tumours. Firstly, it was thought to be a typhoid fever that eventually weakened the citizens of Athens and resulted in their defeat by the Spartans.

Leprosy existed long before it grew into an actual pandemic. It spread in parts of Europe in the Middle Ages resulting in the construction of several leprosy-concentrated hospitals and medical centres to lodge the infected ones. 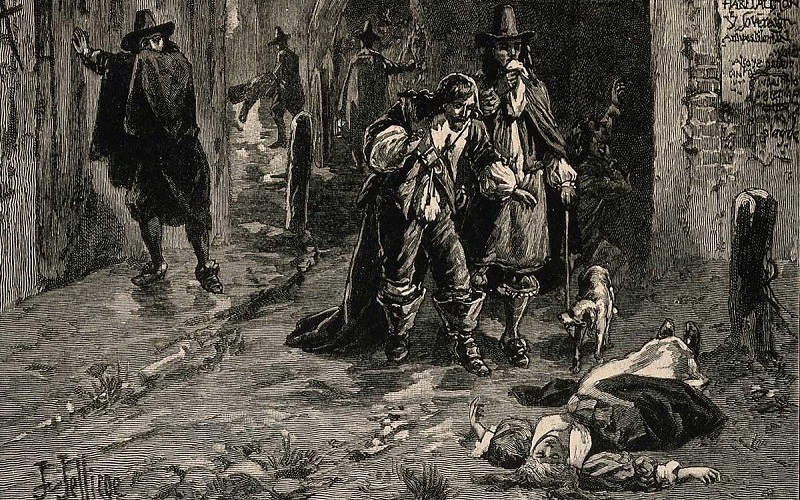 It was a slow-processing bacterial disease that created sores and several deformities in the body. People believed that it was some sort of punishment from God that was carried along in the families. This belief at the time led to numerous moral judgements and banishment of many victims.

Leprosy’s modern name is Hansen’s disease and it still affects tens of thousands of citizens every year and can be lethal if not properly treated with antibiotics.

Started in the continent of Asia, the bubonic plague came around with its second outbreak in 1347 A.D. It nearly took the lives of one-third of the world’s population. It first appeared in Egypt in 541 A.D during the Justinian Plague. The plague sufferers carried this plague from the Messina port in Sicily, Italy to the rest of Europe, resulting in its rapid increase.

To your surprise, there were so many dead bodies that some even remain on the city’s grounds creating a permanent odour. It was that bad!

Not only this, England and France became so weak due to the plague that these countries had to put a break on their war. Also, the British feudal system collapsed as this infectious disease had weakened their economy. The people in Greenland, Vikings lost all their energy to continue the battle against native populations and so they ended their journey to North America.

London faced a devastating time during the outbreak of bubonic plague which resulted in 20 per cent death of London’s residents. The number of human deaths increased day-by-day and numerous graves appeared. Meanwhile, a large number of cats and dogs got butchered as the reasonable cause and the disease spread along the Thames river. Soon in 1666, the outbreak was decreased but it was time for another destructive occurrence - the Great Fire of London.

Next on this list is the worst pandemic of our history, cholera. The very first cholera infection originated in Russia where almost one million people died. It quickly spread through faeces-infected food and water and was to India by the British soldiers resulting in the deaths of millions more. No one knew what this could become and would carry its legacy for over 150 years.

The British soldiers along with its navy expanded cholera to other nations including Africa, Spain, Indonesia, Italy, Germany, China, Germany and the USA, killing around 150,000 people. However, a vaccine was made in 1885, but the cholera pandemics continued. 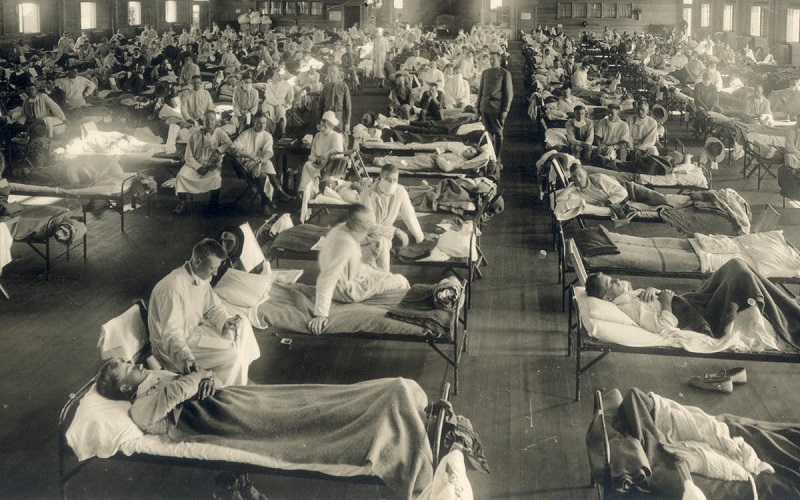 Swiftly after Fiji gave up to the British Empire, Queen Victoria sent a royal party to Australia. It was when the measles outbreak had already taken place. Unfortunately, the royal party brought the disease back to the island where several were affected and was filled with corpses. WIld animals ate the bodies, and many villages vanished and burned down. Several people got trapped in the fire and ended up killing more than 40,000 people.

Started in the countries of Serbia and Kazakhstan, Russian flu moved to various countries and cities along its way including Moscow, Finland, Poland and the rest of Europe. Eventually, by the next year, the flu travelled across the ocean into North America and Africa. It was devastating to see that by the end of the year 1890, around 360,000 people had died.

Known as the avian-borne flu, this flu took 50 million lives all over the world. It was first found in 1918 in Europe, USA and some parts of Asia before spreading around the entire world. The flu extended so fast that there were no vaccines or drugs made to cure it. Reports from Madrid say that in the spring of 1918 this flu became a pandemic and was called to be the ‘Spanish flu’.

Eventually, by the end of that year, thousands of Americans were dead and there was no body storage space left. The following year of 1919, the flu started to disappear due to increased immunities of people. 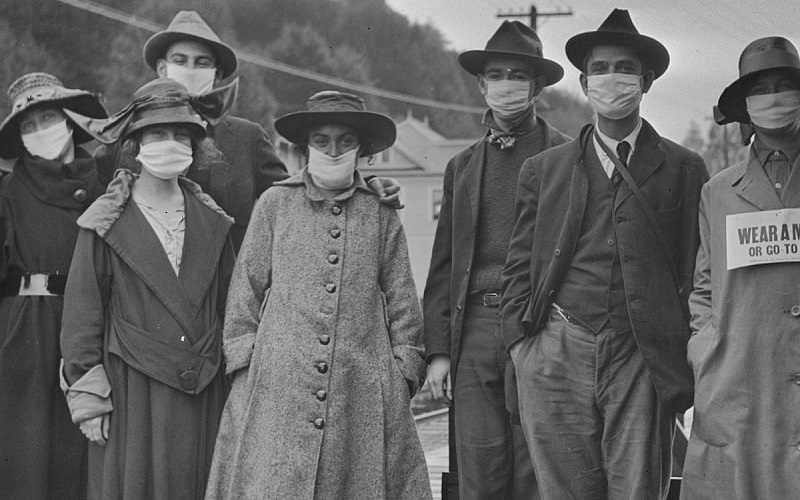 As the name suggests, this flu started in the Asian country of China, particularly in Hong Kong and then spread all over China. Due to trading and traders regularly coming to the ports and airports, this flu spread across the oceans into the United States and England. Thus, within 6 months, almost 14,000 people died. Later, in early 1958, almost 1.1 million deaths were confirmed with 116,000 deaths just in the United States.

Thankfully, a vaccine was made and cured many, effectively restraining the pandemic.

Last but not least, we have AIDS on this list and it is the only disease whose cure hasn’t been found until now. A total of 35 million people have already died from it.

First recognised in 1981, AIDS or Acquired Immunodeficiency Syndrome destroys the immune system of a person and results in death. Any person identified with this HIV virus has symptoms like fever, enlarged lymph nodes, and headache. Once the symptoms fall, this virus becomes very infectious through genital fluids and blood and then destroys t-cells in our body.

In the earlier 1920s, AIDS was first seen in American gay societies but was believed to come from a chimpanzee virus from West Africa. This disease, spreading through specific body fluids, moved to Haiti in the 1960s and then New York and San Francisco in the 1970s. 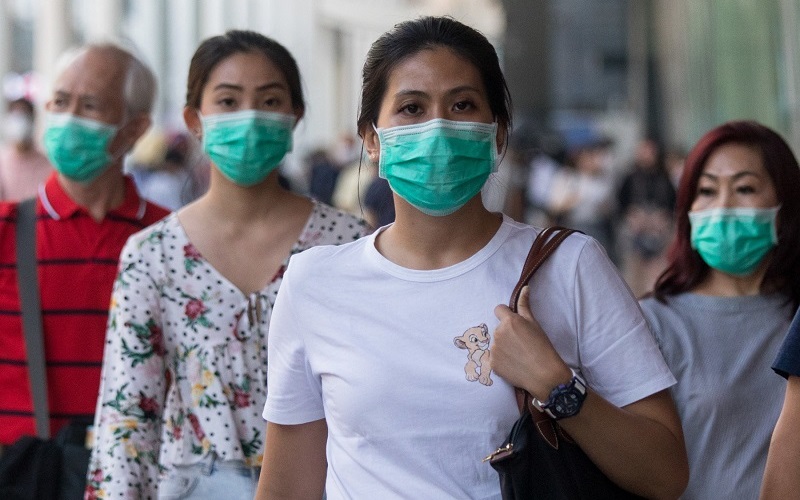 There are no proven vaccines made yet as it is a slow development process and a cure for AIDS is yet to be found.