You are a Superwoman don’t give up on PCOD! Educate yourself and become empowered.

Constant weight gain and acne have become a part of our day to day life. And yes, obviously, many of us are suffering from weird sleep disorders or stretched unusual all-nighters.

One of the major problems PCOS/PCOD is growing among teenage girls and women who are planning for a baby. Even most doctors in our country don’t take it very seriously unless it leads to health complications in the future.

It is a hormonal disorder which affects a woman’s ovaries, the reproductive organs that produce hormones (estrogen and progesterone) that regulate the menstrual cycle.

In simple terms, PCOS is a problem with hormones that affects women during their childbearing years (ages 15 to 44).

Between 2.2 and 26.7 percent of women in this age group suffering from PCOS.

The study shows that Up to 70 percent of women in India with PCOS hadn’t been diagnosed.

PCOS is a group of symptoms that affect the ovaries and ovulation. Its three main features are:

Most of the women are aware of the symptoms around the time of their first period. When most of the women gain a lot of weight or they’ve had trouble getting pregnant, they find themselves the victims of PCOS.

The most common PCOS symptoms are:

How it affects your body?

A woman’s health is affected in ways such as - Hormone imbalances, Ovarian, and Cervical Cancer and many more. Higher androgen levels can affect their fertility and other health conditions.

These common problems of PCOS can increase the risk of below-mentioned problems.

Combination of these factors is called metabolic syndrome, which raises the risk for heart disease, diabetes, and stroke.

· Sleep apnea: Overweight Women of PCOS suffers from this condition. It causes a delay in breathing during the night, which interrupts their sleep. The risk is 5 to 10 times higher in fatty women with PCOS rather than without PCOS.

·Depression: Symptoms like unwanted hair growth and hormonal change can negatively affect emotions. A victim of PCOS suffers from experiencing depression and anxiety. 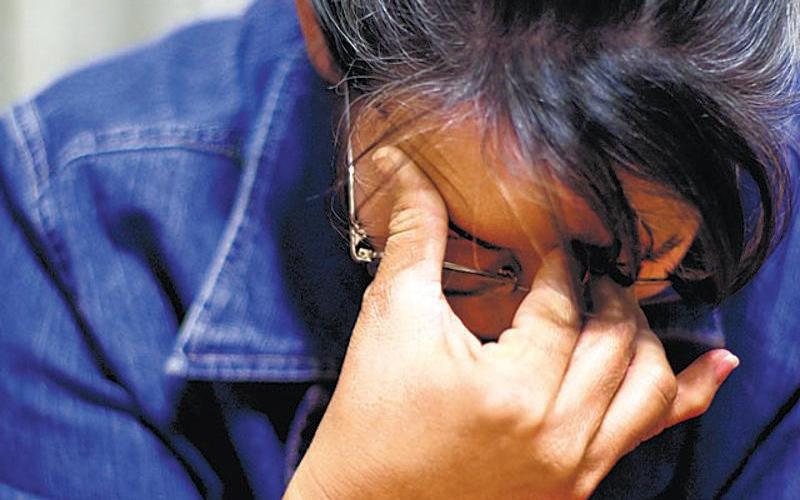 How PCOS is diagnosed?

Doctors commonly diagnose PCOS in women who have at least two of these three symptoms:

A pelvic exam can look for any problems with your ovaries or other parts of your reproductive area.

What happens during this test?

During this test, the doctor inserts gloved fingers into the vagina and checks for any growths in your ovaries or uterus.

Blood tests check for higher-than-normal levels of male hormones and other things like such as- cholesterol, insulin, and triglyceride levels.

An ultrasound uses sound waves to look for abnormal follicles and other problems with ovaries and uterus.

Pregnancy and PCOS- What’s the connection? 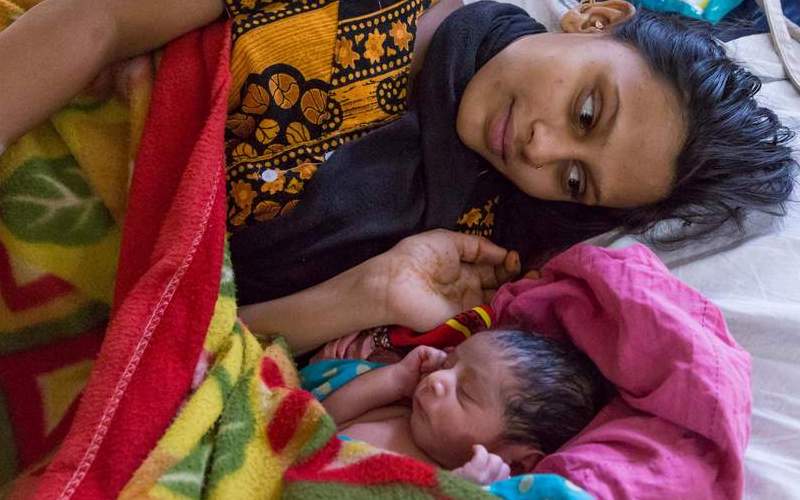 As we all know, PCOS delay the normal menstrual cycle which makes it harder to get pregnant and increases the risk of pregnancy complications such as miscarriage, high blood pressure, premature delivery, and gestational diabetes.

In India, between 70 and 80 percent of women with PCOS have fertility problems.

Diet and lifestyle tips to fight against PCOS

Diet plus exercise helps in losing more weight and lowers the risk of diabetes and heart disease. Apart from it, it also improves ovulation and insulin levels.

A low glycemic index (low-GI) diet that gets most carbohydrates helps regulate the menstrual cycle better than a regular weight loss diet. 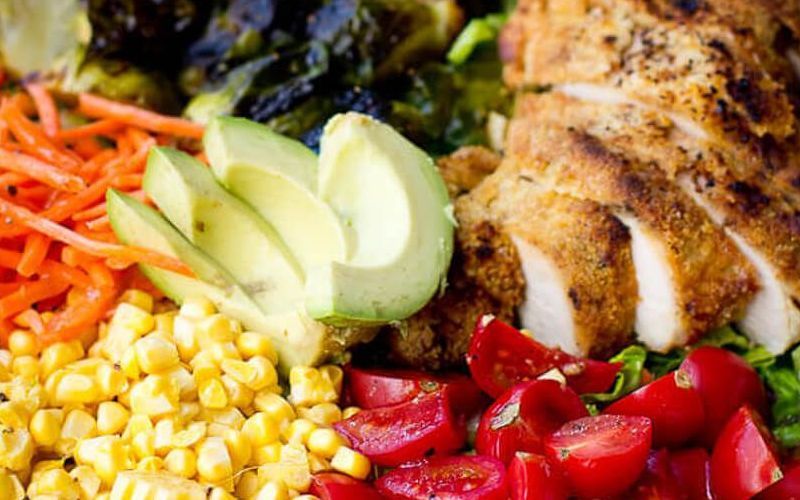 Exercise-For women with PCOS, 30 minutes of moderate-intensity exercise at least three days a week can help in losing weight.

Losing just 5 to 10 percent of your body weight can help in regulating the menstrual cycle and improves PCOS symptoms.

A fertility drug which helps women with PCOS get pregnant. Usually, there is a greater risk for twins and other multiple births.

Eflornithine (Vaniqa) cream is a prescribed medicine that slows hair growth. However, Through Laser hair removal and electrolysis can get rid of unwanted hair on face and body.

Laparoscopic surgery is also known as ovarian drilling of the ovaries, in which portions of the ovary are destroyed and makes tiny holes in the ovary with a laser or thin heated needle to restore normal ovulation.

When to see a doctor

For a PCOS patient, it’s mandatory to make regular visits to primary care doctor for a check-up for diabetes, high blood pressure, and other possible complications.

Below mentioned all causes been linked to excess androgen production.

Studies show that PCOS runs in families. It’s likely that many genes — not just one — contributes to the condition.

Women with PCOS often have increased levels of inflammation (swelling) in their body. Being overweight can also contribute to inflammation. Excess inflammation raises higher androgen level.

About 20-25 percent of Indian women of childbearing age are suffering from PCOS.

On the other hand, 60 percent of women with PCOS are obese; 35-50 percent has a fatty liver.

A survey conducted in South India and Maharashtra, the prevalence of PCOS was reported as 9.13 percent and 22.5 percent, respectively.

If you have been confused about symptoms of PCOS, it is important to find a doctor who knows a lot about PCOS.

Always keep in mind that there are treatments for many of the problems that PCOS can cause. Meantime, having a diagnosis without an easy cure can be difficult.

Also, try to keep a positive attitude and working on a healthy lifestyle, even when results take a long time, can help a lot, too fight against PCOS!! 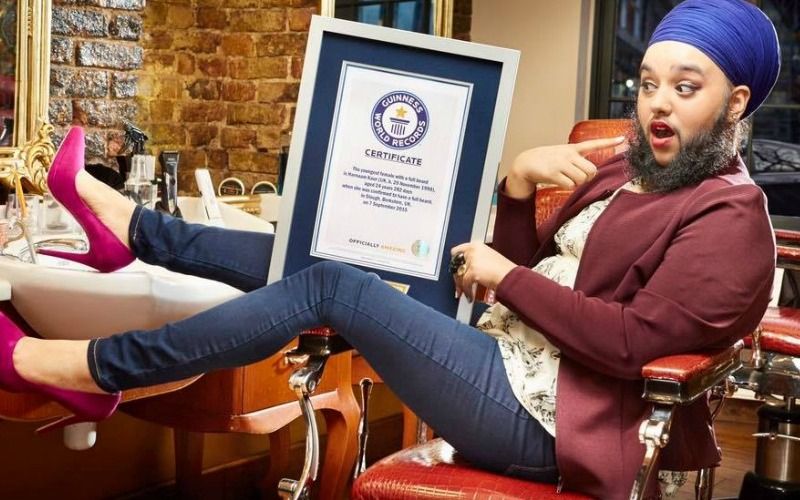 Remember that you are not alone suffering from it. Many girls with PCOS say that talking with a counselor about their concerns can be very helpful for them.

You are a Superwoman don’t give up on PCOD! Educate yourself and become empowered.

Constant weight gain and acne have become a part of our day to day life. And yes, obviously, many of us are suffering from weird sleep disorders or stretched unusual all-nighters. On.. more