40% India is Malnourished? How Can We Contribute?

We all are familiar with the fact that India is, for many years, among one of the developing countries of the world. It is fighting its own battles against many problems since ages.

Well, to be honest, if I make a list there will be more than a hundred critical problems that will find a place in that list.

But today, we will be focusing on the most underrated problem – MALNUTRITION.

Did you know? Over 90% of malnourished people live in developing countries. And India contributes 40% to this problem of acute malnourishment.

Malnutrition is a crucial problem in India for over 2 decades but nobody talks about it or is not ready to take an action to vanish this problem.

You might have heard facts and information about this or have studied in school but today I will reveal some facts and figures about the ‘actual’ condition of malnutrition & undernourished children that will leave you in great shock!

Stick around to know the causes of this problem, how can it be solved and what is government doing to fight against it and making India a better country to live in.

Despite having an impressive economic growth over the past decade, India is still nutritionally weak. With 14.9% of our population being undernourished, 21% of children under the age of 5 being underweight and 32.4% stunted.

According to Global Hunger Index GHI, India ranked 100th position among 119 countries in 2017. 795 million people in the world do not have enough food to lead a healthy active life (12.9 percent of the population is undernourished.)

A data reveals that Madhya Pradesh has the highest number of malnourished children i.e. 74.1%. The children under 6 were found to have anemia and 60% of them have to deal with malnourishment followed by Jharkhand and Bihar at 56.5%.

Poverty and malnutrition comes hand in hand. Most of undernourished children belong to poor families and are traditionally from poor states of the country.

I would like to highlight the fact that it is not the lack of access to food but rather people is not able to obtain enough food. This is caused due to insufficient food supplies in the markets, lack of proper transportation and most importantly fluctuating food prices.

Moreover, people are dependent on foreign supplies for food especially in the time between harvesting seasons. (October to December and February to May).

With malnutrition come several diseases. Am I right?

Certain infections and illnesses such as tuberculosis, measles and diarrhea are directly linked to acute malnutrition. A mixture of these diseases and malnutrition weakens the metabolism of an individual, thus, creating a vicious cycle of infections and undernourishment.

Facts say that in India, 30% people die due to tuberculosis every year, 7.1 lakh deaths/ yr due to diarrhea and 6 million cases of Filaria are found.

HIV positive children are more vulnerable to acute malnutrition than a healthy child. Also, if HIV positive child is extremely malnourished than it lowers the rate of metabolism, weakens the immune system, thus, lower the effectiveness of medications.

So, proper intake of Anti-retroviral drugs with food is crucial in order to survive and live in a healthy mind and body.

You may be wondering, why “climate change” is in this list? Well, little did you know, it has its own importance. Let me explain how.

In the past 30 years, natural disasters like cyclone, earthquake, droughts, floods have increased substantially-which are linked to changes in Climate. Yes or No?

We all have experienced some kind of disaster or may have seen in the news. The after-effects of a natural calamity are often dramatic, devastating most of the areas – infrastructure gets destroyed, diseases spread quickly and causes trouble to grow crops or raise livestock.

According to United Nations (UN) studies, in over 40 developing countries, agriculture was destroyed; the land was in the favor of growing more  crops, thus leading to death of many people due to hunger.

Water is precious. Water is life. We have all heard that once in our lifetime.

ü Tuberculosis, measles and diarrhea are found to be some of the common diseases that are directly linked to acute malnutrition.

ü HIV and AIDS have become a leading cause of malnutrition in developing countries. AIDS found in 1986 has increased substantially by 2004. Moreover, in 2003, 5.1 Million HIV positive cases were found.

What role does Indian Government playing to eradicate malnutrition?

Since India’s Independence in 1947, Government has launched a ton of health programs throughout these years with the objective of eradicating (vanish/disappear) poverty, improvement of child health and provide healthcare facilities to children and adults to fight malnutrition. 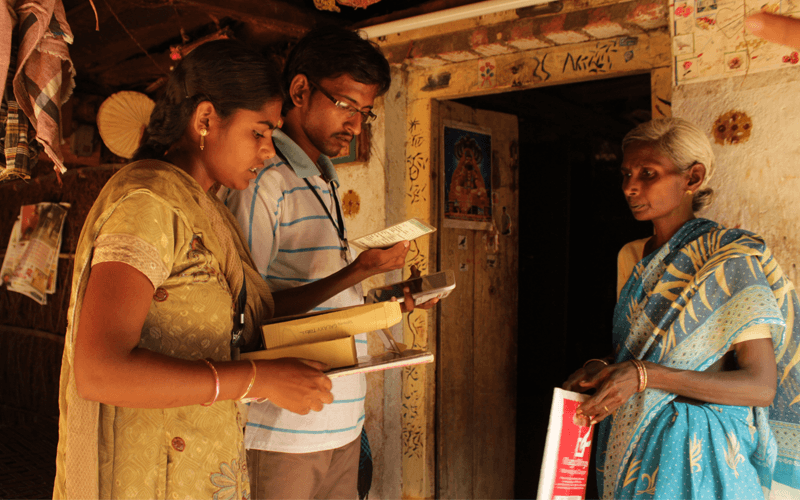 Take a look at some of these that are listed below:

Little did we realized, we focused on the 80% children that were malnourished instead we should see that what other 20% is doing that is keeping them healthy and nourished.

And maybe we as a citizen are not able to help each and every one of the malnourished, stunted children BUT we can contribute in this mission by at least helping “ONE” to bring a change in our country.

40% India is Malnourished? How Can We Contribute?

We all are familiar with the fact that India is, for many years, among one of the developing countries of the world. It is fighting its own battles against many problems since ages. Well,.. more