Do not let FLU Bug steal your happy days. So do not get it, Do not give it.

Influenza or popularly known as a viral infection is a communicable respiratory illness caused by a virus that spreads easily from person to person. It attacks the respiratory system such as nose, throat and sometimes the lungs. It can cause mild to harsh illness, and at times can lead to death.

Sometimes, influenza resolves on its own. It produces fever, chills; sore throat, muscle aches, and coughs that last a week or more. Generally, influenza does not cause vomiting or diarrhea in adults. But its complications can be deadly as we might never think. 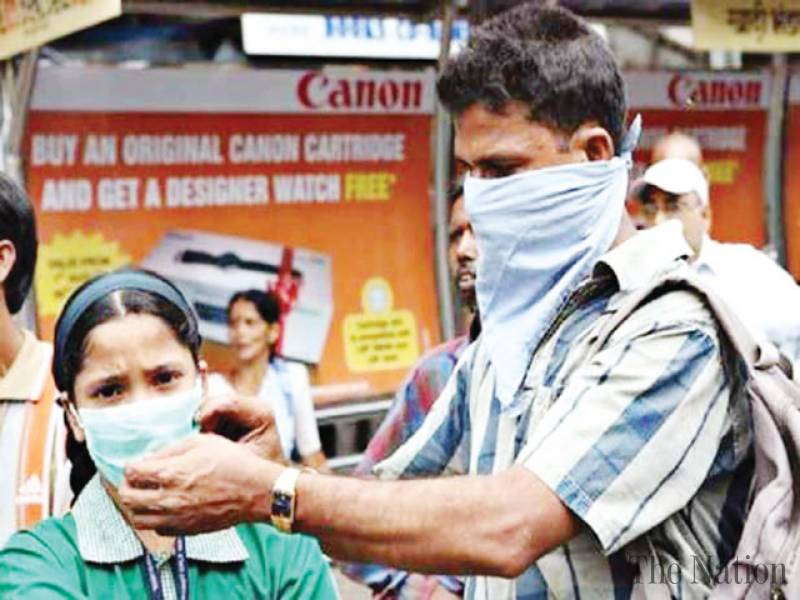 People who are at higher risk of developing flu complications include:

The flu virus mostly spread in crowded places like schools and offices. It travels through the air in the form of droplets, which means it can easily be transmitted from person to person.

When someone coughs sneezes or talks to other people very closely, they inhale the airborne virus and can become infected.

On the other hand, Flu virus can live on some surfaces for up to 24 hours which means that the flu can be spread when someone touches a surface (e.g., doorknobs, countertops, telephones) that has the virus on it and then touches their nose, mouth, or eyes afterward.

At initial stages, the flu may appear like common colds with a runny nose, sneezing, and sore throat. Not to mention, colds generally develop slowly, whereas the flu tends to come suddenly.

Although colds can be annoying, it is much worse with the flu.

Are you confused between flu and bad colds? Both are common. As well as, they also have common symptoms. It includes:

Below mention a few symptoms of flu that are different from a heavy cold:

Normally, symptoms continue for about 1 week. However, the feeling of tiredness still continues for a long time.

NOTE: Not every person with flu will have all of the symptoms. For example, it is possible to have flu without a fever.

Mostly, fatigue is one of the earliest signs of flu and cold. With flu, fatigue tends to be at extreme levels.

Other early symptoms can include:

Flu is not usually a serious problem, but it is unpleasant. For some people, however, there can be many complications. This is more likely in:

The risk of experiencing harsh complications of flu is higher for certain people:

The complications of influenza may include:

When to see a doctor?

Most people who get the flu can treat themselves at home and often don’t need to visit a doctor. Children and people with weakened immune systems may be infectious for a slightly longer time. 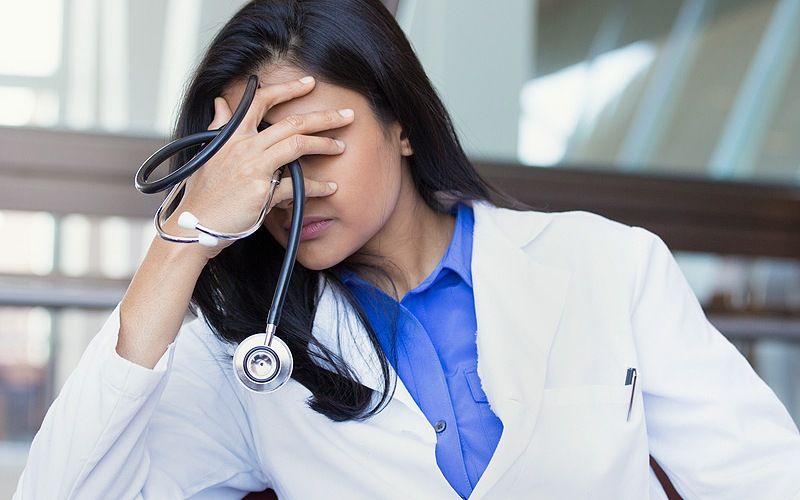 Taking antiviral drugs within the first 48 hours after noticing the first symptom may reduce the length of illness and also helps in preventing more serious problems.

If you have flu symptoms such as:

If the above mention symptoms are higher, see your doctor right away.

A virus causes flu, so antibiotics cannot help unless the flu has led to another illness caused by bacteria.

A doctor may prescribe antiviral, such as oseltamivir (Tamiflu) and zanamivir (Relenza), in some circumstances.

Pain relievers can lessen some of the symptoms, such as a headache and body pains. Various painkillers are available to purchase online. It is important to compare different products, and only take them under the advice of a medical professional. 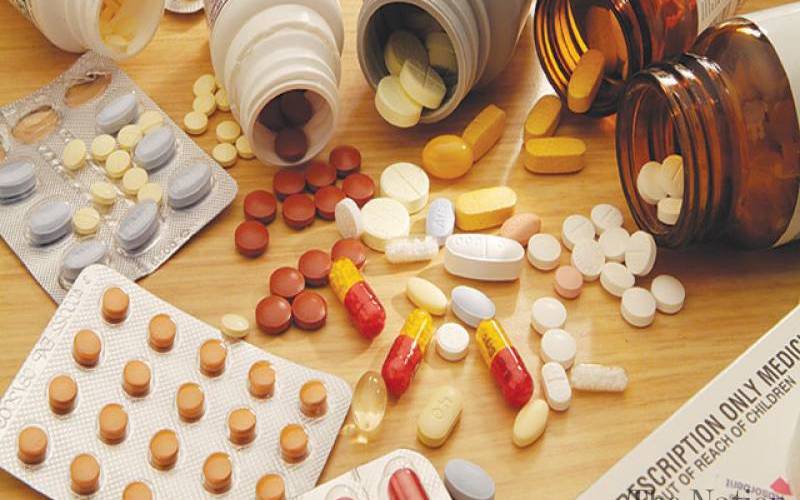 Some painkillers like aspirin are not suitable for children under 12 years of age.

Global Handwashing Day is celebrated annually on October 15 to promote handwashing with soap to prevent disease in communities around the world, as it is an easy and affordable manner.

Every year, millions of people get the flu. Especially in India, influenza occurs throughout the year with a major seasonal peak during monsoon. The good news is that the seasonal flu vaccine reduces half of the risk of getting the flu.

Getting the yearly Flu vaccination is the best protection against flu.

Health experts and government agencies from all over the world say that the single best way to protect you from catching flu is to have a flu vaccination every year.

There are two types of vaccinations:

The inactivated flu vaccine is not so many common side-effects. It also approved for anyone older than 6 months including healthy people and those with chronic medical conditions.

Seasonal flu vaccinations should start in September and continue throughout the flu season, January, and beyond. This is because the timing and duration of influenza seasons never remain the same.

Flu outbreaks usually at the top around January, but it can happen as early as October.

Why Seasonal flu shots are not suitable for some people?

Some individuals should check with their doctor before deciding to have the flu vaccine, including:

Guillain-Barré Syndrome – Guillain-Barré (Ghee-yan Bah-ray) Syndrome is an autoimmune disease which affects the nerves that control muscle movement as well as those that transmit pain, temperature, and touch sensations. In other words, it’s an inflammatory disorder of the peripheral nerves outside the brain and spinal cord.

Most people recover, even those with harsh cases. Around 85% of people with GBS make a full recovery within 6 to 12 months.

What happens during GBS?

Mansi Vakharia, an 18-year-old college student of Gujarat. And also one of the brightest women’s soccer players, she was suffering from GBS virus which causes a rapid onset of muscle weakness. 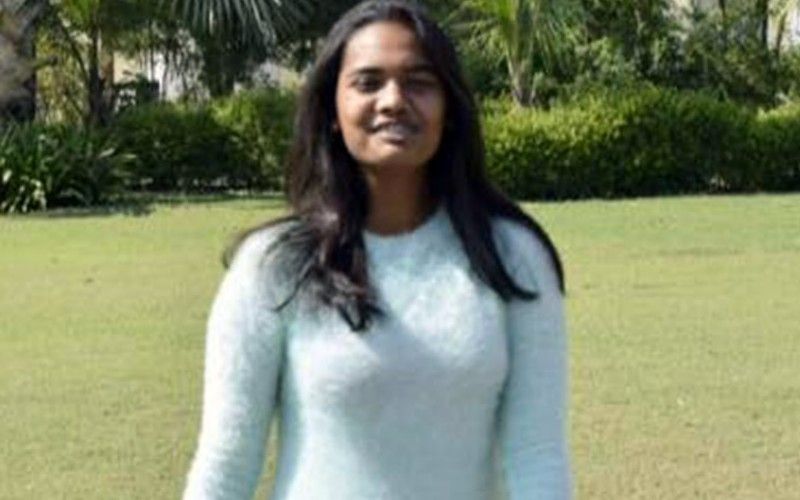 It is offered each year to children over the age of 2. This vaccine is also approved for those aged between the age of 2 and 17 who are in clinical ’at risk’ groups.

We cannot say when flu pandemic will occur. But when it does, there are many things you can do which will help in decreasing effects of flu. Like staying at home is exposed to a sick household member. As well as, Use a face mask to prevent germs in a crowded community.

The single best way to prevent seasonal flu is to get vaccinated each year by the end of October, if possible. Apart from getting vaccinated and taking medications, wash your hands regularly and avoid close contact with people who are sick.

Do not let FLU Bug steal your happy days. So do not get it, Do not give it.

Influenza or popularly known as a viral infection is a communicable respiratory illness caused by a virus that spreads easily from person to person. It attacks the respiratory sy.. more